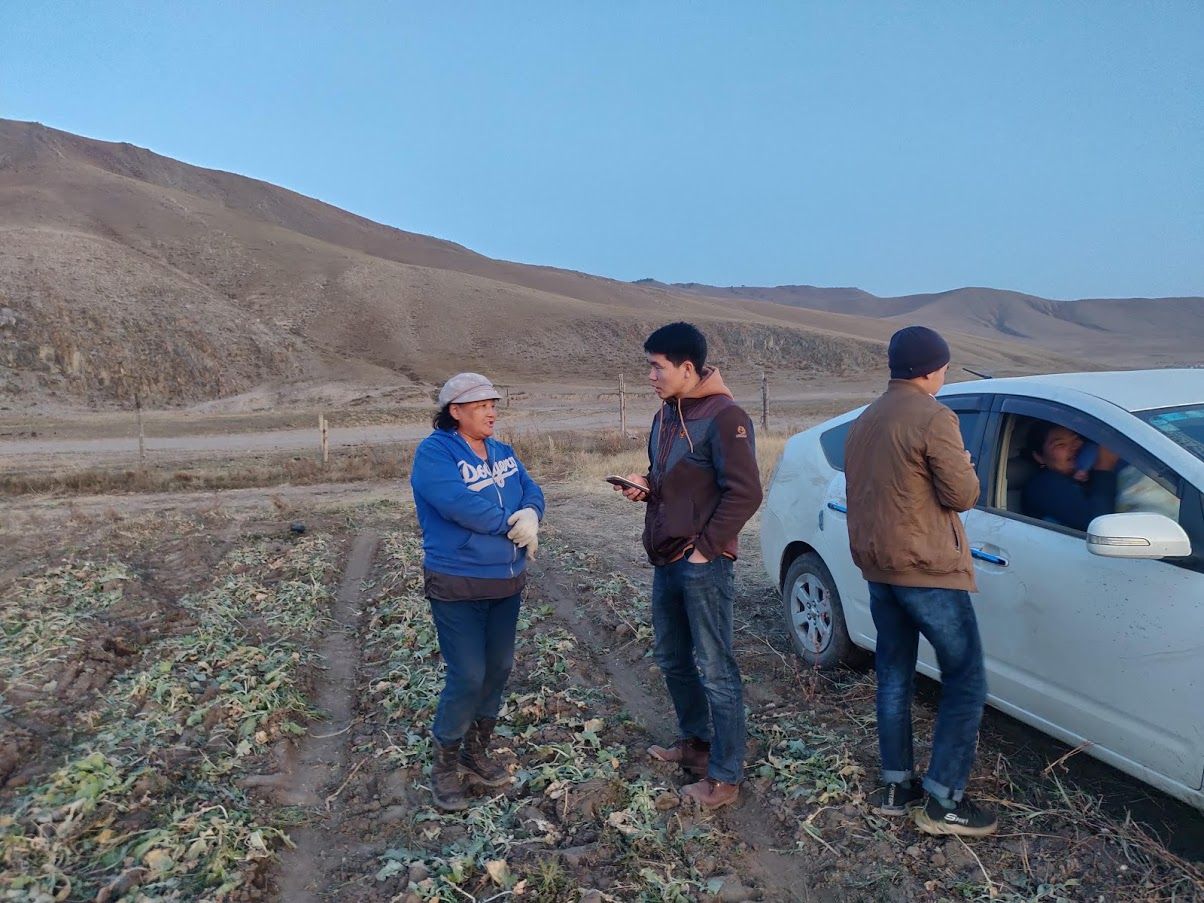 As part of the objectives of the analysis of the economic performance of small farmers in transition countries, a team of researchers from the Czech University of Life Sciences Prague and the Mongolia University of Life Sciences carried out a four week data collection in Darkhan, Selenge and Tuv provinces of Mongolia between mid-October and November, 2019. These provinces were considered because of their significant contribution to the country’s overall potato production.

We employed a multistage sampling technique that purposively select the three provinces and counties guided by a list of 50 cooperatives obtained from NAMAC. We then selected members and individual farmers within counties from the list of 50 cooperatives for interviews based on cooperative membership and the available number of similar individual farmers. Before the interviews, we translated the questionnaire into the Mongolian language, trained local enumerators, and conducted a preliminary test (pilot) that led to some questions being revised. The areas of the questionnaire covered demographic and socioeconomic characteristics of households, factors affecting farming households’ decision to join cooperatives, farm diversification and technology adoption, farm performance and market access indicators.

We were able to contact 42 out of the 50 cooperatives from the initial list. In total, 251 farmers who were active in the production year 2018/19 were interviewed, and of these farmers, 115 were cooperative members and 136 were similar individual farmers. This research was fully funded by the Czech Internal Grant Agency (CIGA) of the Czech University of Life Sciences Prague.