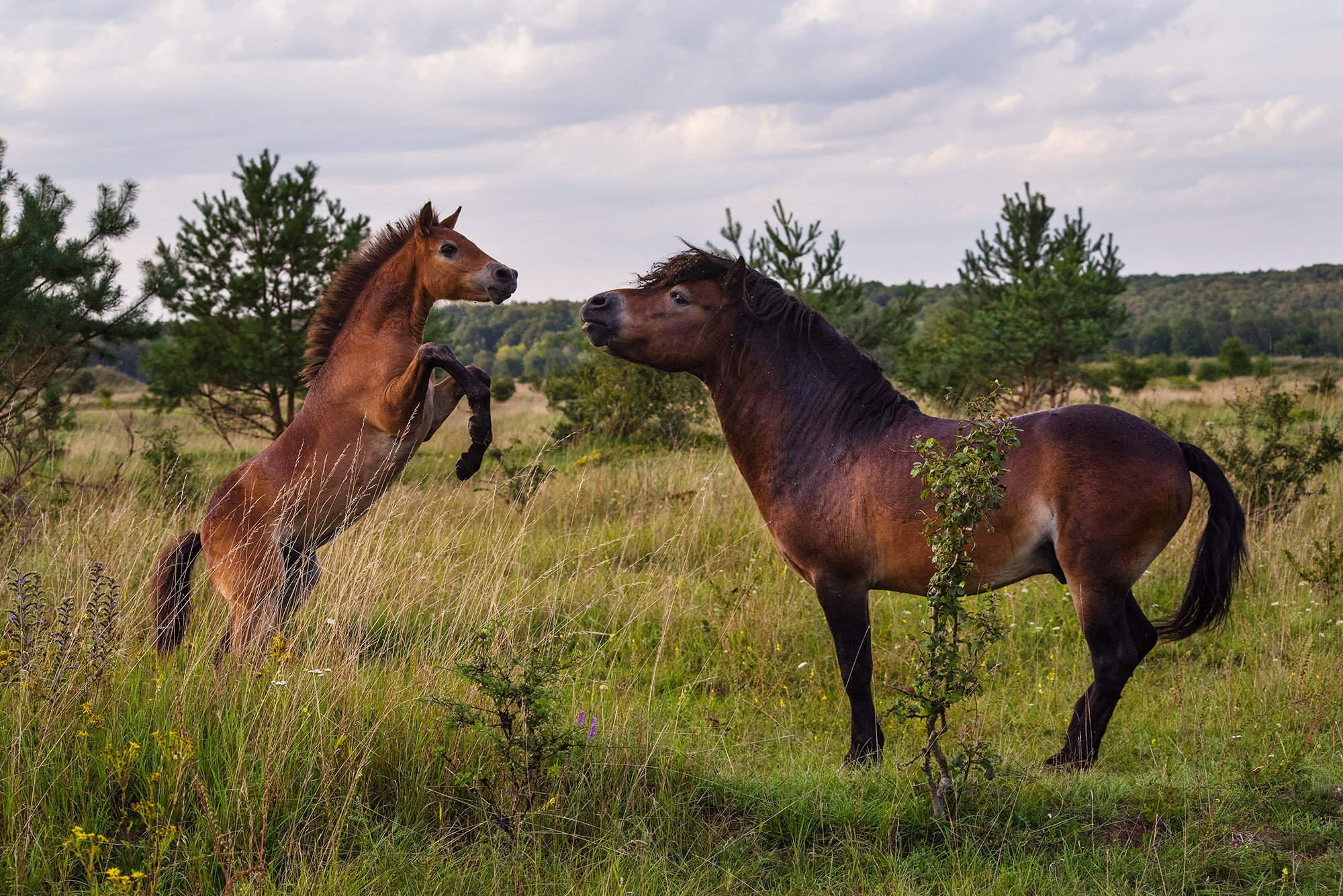 Paternal behaviour of stallions was revealed in the study of our team members in collaboration with colleagues from the University of South Bohemia, which was recently published in the prestigious journal Animal Cognition. Unique long-term research was conducted in the Czech Republic in the semi-feral Exmoor pony harem herds living in two pasture reserves. Based on the number and type of interactions between foals, their mothers, fathers and other mares, we realized that the stallions are the most playful as well as tolerant adults, and they are the favourite partners for friendly behaviour of the young. Colts (young males) were interacting with their fathers more often than fillies, which leads to the idea that adult male might be an important model for the youngsters who are going to mimic his behaviour later in life.

If you are interested in joining to our projects on behavioural ecology of horses, contact Mgr. Martina Komárková PhD (eto89@seznam.cz)