Are 19th century botanical collections relevant to 21st century problems? Mark Nesbitt is the curator of the Economic Botany Collection and Senior Research Leader for Interdisciplinary Research at the Royal Botanic Gardens, Kew. He is a Visiting Professor in the Geography Department, Royal Holloway, Un 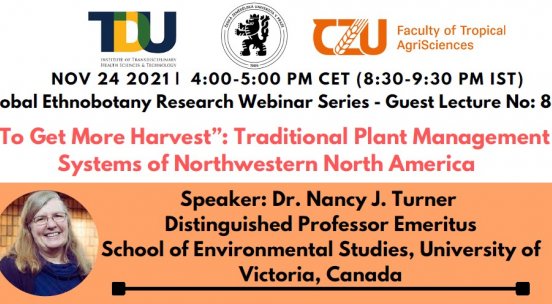 Congratulations! We have the new Student Representative of the Society for Economic Botany – Lukáš Pawera

We are happy to announce that Dr. Lukáš Pawera, the TRIBE team alumnus, was elected the new Student Representative of the Society for Economic Botany. As a member of the TRIBE team, Lukáš successfully completed his PhD research project and defended his dissertation titled Food, agrobiodiversity and diet: the nutritional ethnobiology of the Minang and Mandailing indigenous food systems in West Sumatra. A new article on socio-cultural significance of yerba maté among Syrian residents and diaspora has been published!

Yerba maté (Ilex paraguariensis A.St.-Hil., Aquifoliaceae) consumption is commonly associated with some parts of South America; but do you know that Syria is the world’s second-largest importer of yerba mate?

The unique story of yerba maté in the Syrian beverage culture started at the beginning of the twentieth century when Syrian migrants returning from South America brought the beverage with them. The actual paper in Economic Botany investigates the social and cultural importance of this beverage among Syrian residents and diaspora, and analyzes the reasons and motives behind the yerba maté consumption in Syria, thousands of kilometres away from its centre of origin. 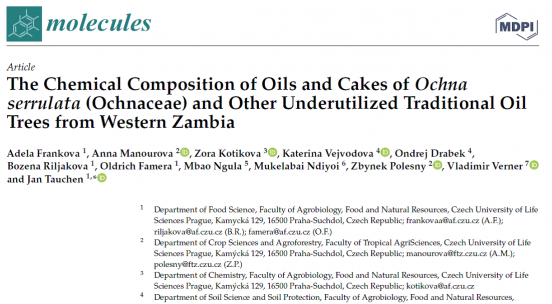 New paper published on composition and quality of munyele-nyele, mongongo and mubula oils!

The actual paper published in the journal Molecules presents results on the chemical and qualitative properties of the three tree species’ oils used in Zambia. News from the Herbarium! We are working on restoring our herbarium collection

Some time ago, we moved our plant specimen collection to a new herbarium located on the 2nd floor of the FTA building. Currently, we are working on restoration/conservation of the specimens using the mounting material of archival quality and on the cataloging of the collection. We would like to express our thanks to all colleagues of the TRIBE team for their enthusiasm and great help. How is the development of integrated agriculture in Zambia doing?

The team from the CZU, namely Vladimír Verner, Radim Kotrba, Zbyněk Polesný, Jan Staš from FTZ and Miloslav Petrtýl from FAPPZ, is currently conducting fieldwork in the Western Province of Zambia. The activities are realized in the frame of implementation of two development projects, namely "Integrated Farming II" led by Mendel University in Brno and "Agribussines4LIFE “ led by Charita Czech Republic. Building on a literature review and cross-country project experiences, the new paper proposed an integrated approach to use and conserve wild food plants for nutrition and food security. 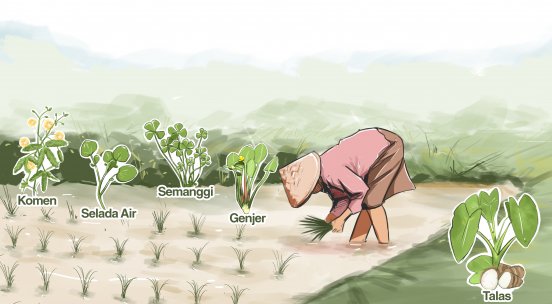 A new paper published! Wild Food Plants and Trends in Their Use: From Knowledge and Perceptions to Drivers of Change in West Sumatra, Indonesia.

Wild food plants are often highly nutritious but under-consumed at the same time. A new paper published in the special issue of the journal Foods looked at trends in the use of wild food plants in West Sumatra. The study documented 106 types of wild food plants (85 species) and identified the barriers as well as motivations for the use of these foods among Minangkabau and Mandailing communities.  The drivers of change were discussed and the authors suggested take an integrated approach to their sustainable use, which could improve nutrition while conserving biological and cultural diversity. During the period March - June 2020, while COVID-19 was strongly hitting many regions around the world, making travel and field research more complicated, our Ph.D. student Naji Sulaiman was collecting data for his dissertation in a double challenging spot of our planet.
Read more The paper published in the Journal of Ethnopharmacology ivestigated the traditional use of medicinal plants in Bié, Angola. Zbyněk Polesný, the leader of TRIBE lab, joined a JEET journal editorial board.

Zbyněk has been appointed an editorial board member of the Journal of Ethnobiology and Ethnomedicine.