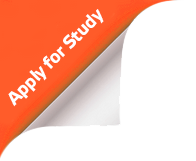 Aims of our husbandry at CZU Farm at Lány

In 2009 we received our first five founder animals from zoos in Brno (females) and Jihlava (male). The breed was established in abandoned fruit orchard, which was ideal for the needs of llamas, which fits essentially in agroforestry system (silvopastoralism) a suitable environment for the breeding, because trees provide nutritious feed (leaves, fruits), shade, reducing wind flow and fruits can be harvested for sale. Guanacos also consume fallen leaves at autumn and thus reduce harbour of plant fungal and viral diseases. Due to their high tolerance to temperature extremes they have on disposal only roofed shed as a shelter against the rain which serves as feeder of hay. Guanacos perform natural forced dispersal of young’s therefore enclosure was divided into two parts in 2014, one for breeding and second for production, which will be gradually replaced into a second breeding group. The basis of the second group was completed in 2015 by import of unrelated breeding animals from the German partner zoos Tierpark Berlin and Opel Zoo in Kronberg. The entire breeding facility has a capacity of about 25 individuals.

Wild guanaco inhabit lowland to mountain areas of South America, from the Atacama desert in the north to Patagonia in the south. This suggests their high adaptability to extreme fluctuations in temperature not only seasonally, but also daily. Withers height is variable depending on the location and varies individually, but is usually about 100 cm. Weight of guanacos is up to 130- 150 kg. Females are more subtle. Their fur is very soft and provides them with excellent thermoinsulation. Natural hair color on body is maroon with a creamy shade on the belly and the inside of the legs. Those parts are less hairy and it helps to cool body in case of necessary expenditures. This ‘thermal gate’ can be simply restricted in recumbent position. In wild they have seasonal reproduction, but in captivity are born all year round. Gestation lasts 11- 12 months. Males defend territories from spring to autumn, which prevents a group of females from access to other males. Male chases away also his grown-up offspring’s. In its territory animals excrete on specific places called ‘latrines’, which can change dynamically during year. This places serve for olfactory communications between individuals in the territory, but also outside it. Simultaneously defecation reduces the risk of spread of gastrointestinal parasites. Life expectancy is between 20- 30 years. The oldest female at our facilities was born June 14, 1991, and still deliver calve annually.

Guanaco is the wild ancestor of the llama, which differs in larger size, variation of coat color and tame manner. Domestication of guanaco dates back to the period of approximately 4 to 5 thousand years BC. Both of these species are close relatives to other South American camelids as wild vicuna, from which alpaca was domesticated. All camelids are well adapted to life in arid areas and poor fibrous vegetation (high dietary fiber content) that utilize more effectively than sheep. Native South Americans kept them mainly to carry loads, for meat, milk, wool, as well as the production of fuel in the form of dried dung. Collection of dung is easy, because llamas defecate in specific places in their territory.

Guanaco is very modest and adaptable ruminant to various pastures quality. They browse as well. In terms of higher demands for fiber content, hay is provided all year round. Concentrated feed with easily accessible nutrients, which includes dry bread, could cause digestive problems to them. All animals borne at farm has been used so far primarily to expand breeding stock and for sale to other breeders. In South America, however, the production and consumption of meat is very common due to the low fat in the muscle which makes this meat suitable for drying. The first slaughter of young non breeding males will start when capacity of breeding facility completes.

Our intention is also to contribute to the understanding of this highly adaptable species, because some aspects of the life and biology of llamas are not studied. Breeding in captivity allows recognizing and studying them in detail than in the wild, including the aforementioned behavior, the male chases his grown offspring from harem of females. Their behaviour and body postures communication, i.e. position the tail and ears, as well as acoustic and olfactory communication on toilets along with social interactions, can give us close insight into their lives. Because of their longevity to study life history of guanacos will be task for a generation of researchers.