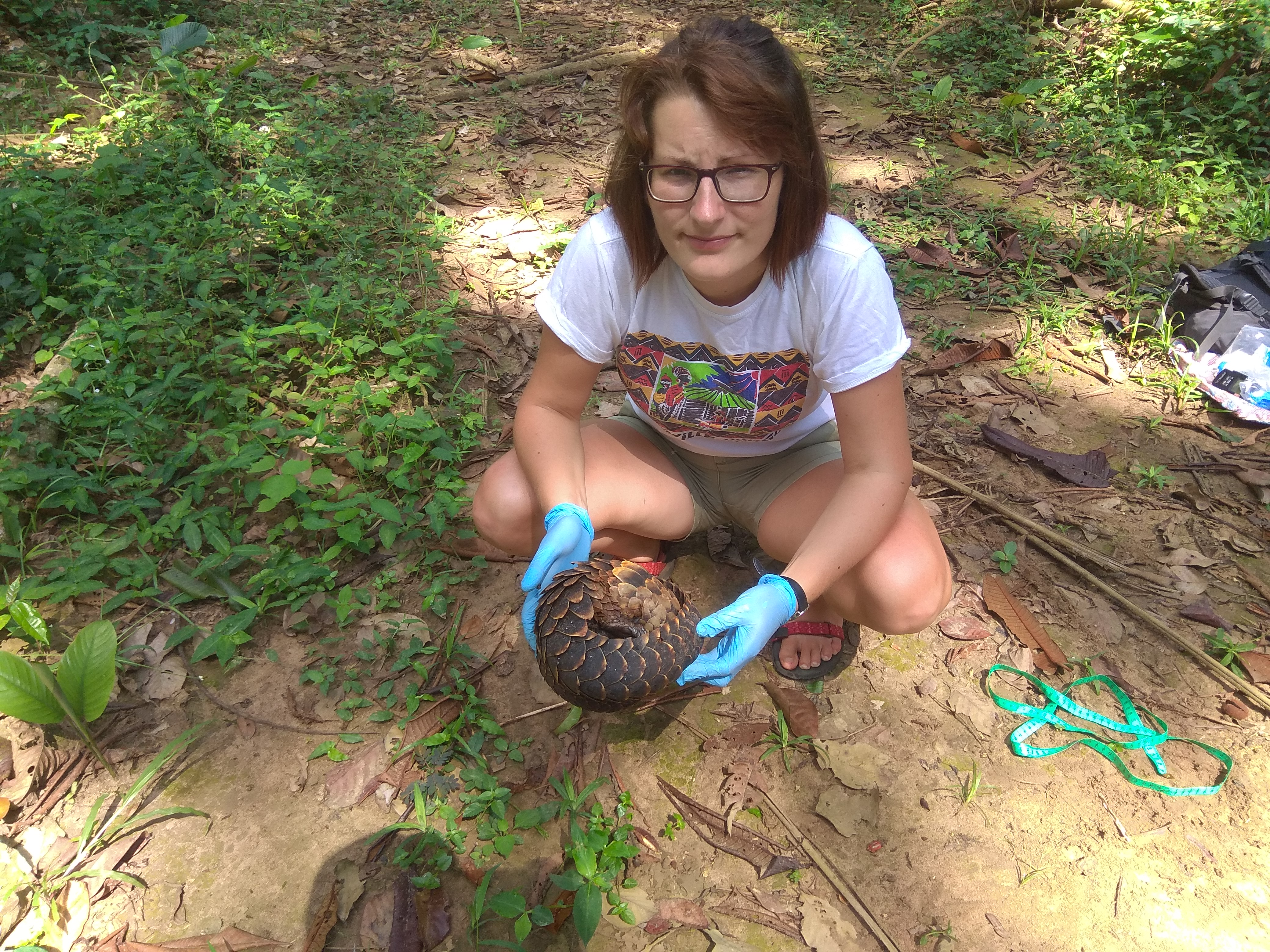 During August, in Chicago there was held the very first international conference focused on conservation of pangolins which was organized by the Chicago Zoological Society in Brookfield Zoo. This was an important event for all experts in the world who are somehow involved in the efforts of saving pangolins, their research and keeping them in captivity. The goal of the symposia was to discuss the latest scientific knowledge and conservation activities included both in situ and ex-situ management and to find the best solutions for their effective protection and further steps leading to a greater understanding of this unique group of animals.

Based on the current studies, pangolins are the most illegal traffic group of mammals in the world. According to some of the restrained estimates, about 10 000 pangolins are hunted each year from the wild. Other statistics claim that the actual number can increase up to several hundreds of thousands of pangolins per year. A total of eight species of pangolins inhabit two continents of Africa and Asia, and their leading position in the illicit trade, which even overtook ivory or rhino horn, having thanks to its unique body coverage - keratin scales and meat considered to be a delicacy. Traditional Asian and African beliefs in the healing effects of the certain animal species are strongly embedded and because of rising of the middle class, the particularly Asian one, the demand for pangolins is also increasing from year to year. Unfortunately, very little is known today about the biology and numbers of wild pangolins in the wild. Therefore, it is difficult to predict how long these scaly mammals will still survive in the wild unless we will be able to reduce or stop their illegal hunting. And because of keeping of pangolins in captivity is almost impossible to do, we can assume that there is not much time left…

For all these reasons, I have decided to focus my diploma thesis, as a student of the master´s programme called Wildlife Management in Tropics and Subtropics, on pangolins and their protection in the wild. I have started a cooperation with the Odzala-Kokoua National Park in the Republic of the Congo, and during May and June this year I have realized the first fieldwork in the villages situated in close proximity to the park. My topic of the thesis is focused on market survey of three species of pangolins living in the sampled area, determination of population characteristics and collection of genetic samples. As far as I know, this is a pilot study concerning with pangolins, and the data will be used for the scientific purpose as well as for the practical outcomes on which the management of the Odzala-Kokoua National Park will be able to take the necessary steps to make a difference in the protection of pangolins.  No less important part of the work is also focused on education about the vulnerability of pangolins. The objective of the project is to increase awareness not only among local people living in Congo but also in the Czech Republic.

The best way to meet all these ambitious plans is to gain strength and inspiration for the work at the international conference. It is possible to encounter there the same enthusiastic and determined people who are taking the step forward to protect pangolins and all the biodiversity in total on our planet. Thanks to the invitation from the Chicago Zoological Society, I had also a short talk presenting my topic of the thesis, current achievements, and future activities. It was indeed the interesting experience concerning speaking in public to such a significant community of people as well. Finally, I would like to thank Faculty of Tropical AgriSciences for the financial support of my trip to Chicago, without it I would not be able to realize the travel, and obtaining a bunch of the new experiences and energy that will drive me further in my work now for sure.